In November last year, construction began on a chemical plant in Haicang district, located on Xiamen island in the capital of Southwestern China's Fujian province, slated to produce the solvent toluene, terephthalic acid, benzene and, for example, an expected annual output of 800,000 tons of the toxic para-xylene which, according to its Wikipedia entry:

“…affects the brain. High levels from exposure for short periods (14 days or less) or long periods (more than 1 year) can cause headaches, lack of muscle coordination, dizziness, confusion, and changes in one's sense of balance. Exposure of people to high levels of xylene for short periods can also cause irritation of the skin, eyes, nose, and throat; difficulty in breathing; problems with the lungs; delayed reaction time; memory difficulties; stomach discomfort; and possibly changes in the liver and kidneys. It can cause unconsciousness and even death at very high levels (see inhalants).”

The plant had originally been placed seven kilometers away from the city center and given a buffer zone, but due to continued expansion is now just 1.5 kilometers from the nearest residential zone, 4 kilometers from the nearest school and 7 kilometers from the downtown core, not to mention having been built within a state-protected natural zone home to rare marine species. The issue was raised at the Chinese People's Political Consultative Conference in Beijing this spring via a motion put forth by Chinese Academy of Engineering member Zhao Yufen, former president of the Beijing University of Aeronautics and Astronautics University Shen Shituan, as well professor in the Chemistry department at Xiamen University and Chinese Academy of Sciences member Tian Zhongqun, calling for the plant to cease operations and relocate. Following this, Zhu Xingxiang, Director-General of the State Environmental Protection Administration (SEPA), expressed his agreement with the proposal, but declared SEPA unable to take actions to implement it as the original project had been approved and invested in by the National Development and Reform Commission. 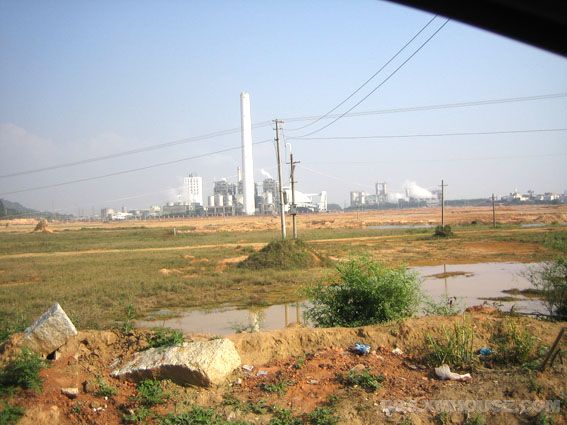 Nearly all the information above has come from a steady series of blog posts Southern Metropolis Daily columnist Lian Yue has written for his Lian Yue's Eight Continent blog beginning last month, from ‘Environmental protection officials who can't protect the environment,’ [zh] to ‘What are the people of Xiamen supposed to do!,’ [zh] in which he mentions that information regarding the plant is being surpressed, presumably in local media, with the post making the following suggestions:

1. First off, don't be afraid. Discussing top proposals put forth at the CPPCC is not a crime, you won't be arrested.
2. If you have a blog or frequent online forums, please spread this news article: ‘The controversy over the Xiamen chemical factory worth billions'; distribution of news from newspapers legally distributed within the country is not a crime, you will not be arrested.
3. If you're still afraid, during this time meet more often with friends, family and colleagues to discuss this matter—they might not have all the details.
4. If you're still scared, then try just talking to your best friends and immediate family.
5. If you're not afraid, you ought to tell your friends in Zhangzhou and Quanzhou, they're in as much danger as you are.
6. Explaining the below few lines is enough to get started:
7. This project was opposed by 105 national members of the CPPCC, which includes some of the most authoritative experts.
8. The para-xylene (PX) project will only be safe if at least 100 kilometers from the city.
9. To this day, Xiamen residents have been deprived of the right to know about the PX project; this just proves that it is in violation of the people's will.
10. It stands to put Xiamen's economy into reverse; property prices will go down, tourism will decrease, and from this Xiamen residents stand to gain a reputation for being weak and stupid.
11. The chances that you will gain cancer will be significantly increased.
12. There's no need for you to commit any acts of bravery, just as long as you let the people around you know, you won't be responsible for the death of Xiamen.

..and his recommendation [zh] of ‘Haicang, My Home‘, the Sina.com blog set up by residents of Haicang district last month, particularly the March 29 post copied back from a bbs forum, ‘The cries of residents of Xiamen city, Fujian province——please save our rights to live!‘ [zh]:

Every time we call the police or the evironmental protection hotline, the answer we are given is that someone will be coming right away to see if the plant is operating properly or not. And then there's the people who tell us they've already done tests on the enterprise, and it for the most parts meets national emission standards, only slightly testing over the limit, and that adjustments are currently being made. They also say that it's normal for an enterprise to emit a little pollution. Yet the residents have not received any data on the pollution, not even monitoring of the air quality index in the three years since the district was established three years ago. Xiamen has air quality forecasts done every day, yet the only area overlooked is Haicang district. We just want fresh air! These smells strong enough to wake people up in the middle of the night do no harm to the body? Even when the Fujian provincial environmental protection agency teamed up wtih the Xiamen city government environmental protection agency in September to carry out a three-day monitoring of air quality in Haicang, the result was that hydrogen sulphide levels and the strength of stench had surpassed national standards (report available at the city and district environmental protection agencies). 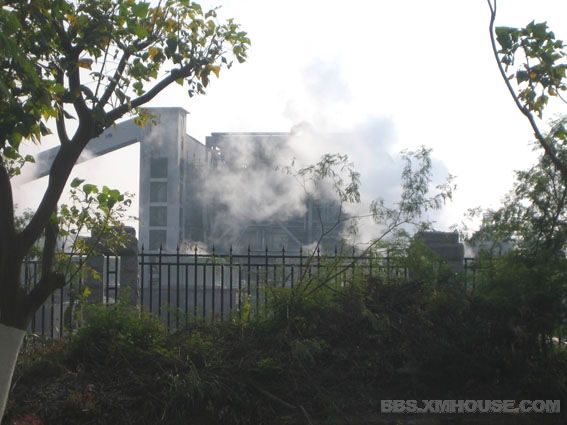 We've been putting in effort too. Three years ago an extremely large number of vocal feedback was given to the city government, and complaints were on every bbs forum in Xiamen. In return, in order to protect the image of the Xiamen city government and the Haicang real estate developers’ healthy expansion, the local government actually talked to the websites and had all posts regarding pollution in Xiamen taken down. Making improvements after taking the posts down would be an extremely appropriate method, but several years later, the pollution still hasn't seen any improvements, in contrary things in this area have just gotten worse. The voices of the people will always have their limit. That the local governmant values GDP so highly and takes protecting the environment so lightly will be the sorrow of our grandchildren!
We're telling the truth. Central government, please save us. Save the hard-earned fruits of our labors! Save the homes in which we so tiredly live!

A search through Google Images for the words “Haicang” and “pollution” “could not be displayed” past the fourth page of a full set of results, which show nothing of the plant, the usual condition when Google is used to search for sensitive keywords, and a similar search using Chinese search engine Baidu brought back only two photos—one of which no longer exists, and the other, a map of downtown Xiamen—attached to what appears to have once been “a mass petition for the victims of air pollution in Haicang” (海沧受害者大签名—-空气污染). In this photo, Haicang is the large residential area in the upper-right and the factory in question is in the upper-left: 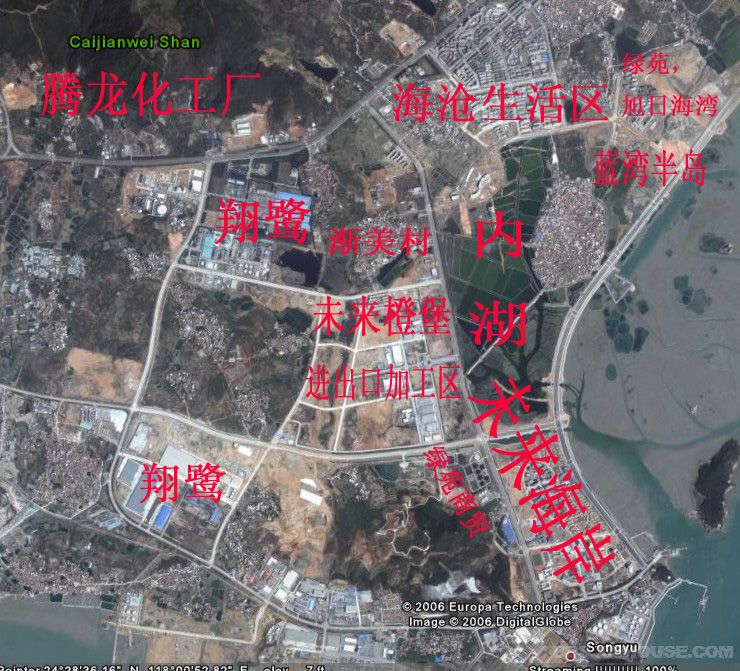 Similar is this image, posted at the Haicang residents’ blog along with the text and link to an undated submission, with a response, to the Fujian Environmental Protection Bureau complaints website: 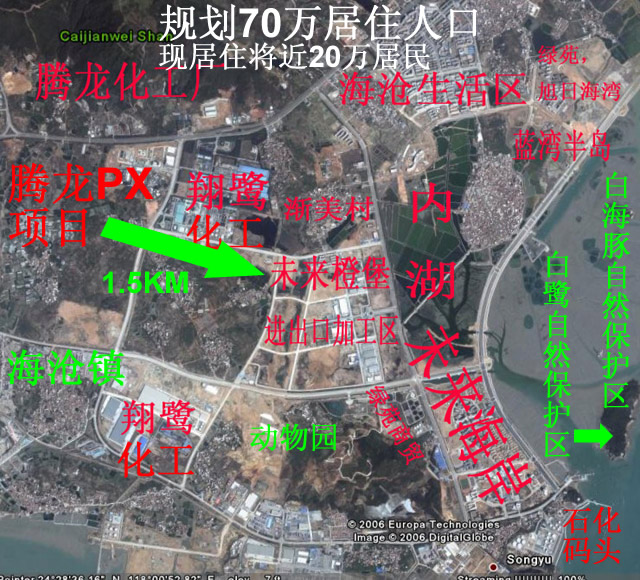