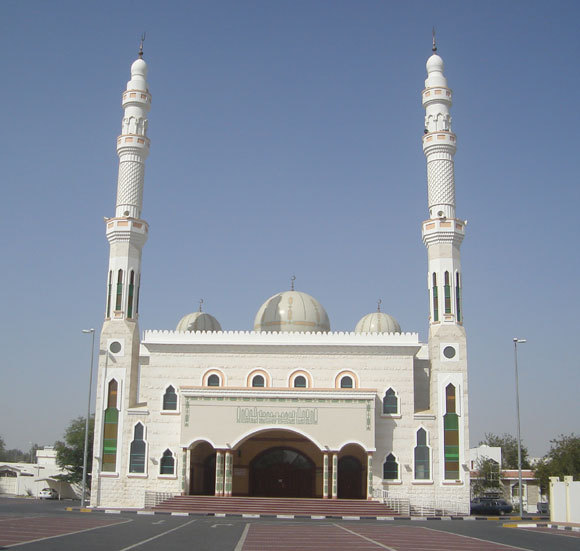 American couple BSS and BRN, who live in Al Ain, in the UAE, have been busy clicking photographs of their new surroundings, bringing us up close and personal with the beauty of the architectural marvels they see around them.

A special interest is posting pictures of mosques on their blog, which showcase the elaborate architecture and design such places of worship boast. Altogether, BRN has so far posted images from seven different mosques in the town, which is about 120km away from Dubai.

In nearby Saudi Arabia, blogger Mohammed Fares takes us on yet another adventure into the heart of the desert. This time he takes us to Jebel Baloum – a mountain which is 1045m above the ground at its highest peak and which belongs to the Tuwaiq mountain range.

Fares, who is a geocacher, takes us along with his cousins looking around for his stashes in interesting places. 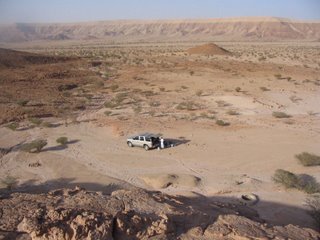 “I have been to Jebel Baloum twice before through Nissah, to the south of Riyadh, but my cousin Hamad and I wanted to visit the Jebel from the east, i.e., through Wadi (valley) Al Howtah. The place has no shortage of caches and the last time we were there we bagged two caches: Tuwaiqcache and Fifth well. The latter cache is hidden above some old wells sunk into the ground not far from the main mountain. We also bagged part of Adam’s apple.. probably the most demanding and challenging cache in Arabia. Baloum is the Arabic word equivalent to Adam’s apple,” he tells us of his previous adventures.

On this trip, finding the treasure was much easier.

“The landscape is beautiful. A sense of serenity and tranquility surrounds the area. The whole site looks like a piece from another planet like Mars … not that I lived there but good for making a movie here. As we left the valley we noted a natural arch on our left. It’s a rock feature at the tip of Khashm Makrouq and is known to geocachers as the flying arch. We approached the arch and bagged our cache in no time .. easy one,” he notes. 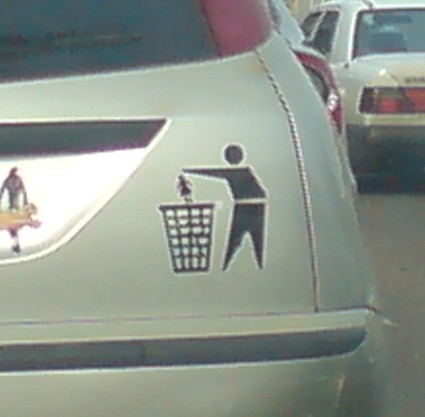 Meanwhile Lebanese blogger Fonzy, who is based in Kuwait, posted this photograph (left) – with apologies to the ladies who may be insulted! I personally don't see why a woman would be insulted when she sees that image. My deepest sympathies to that jilted man/woman who came up with that bumper sticker and all the others who decided to display it on their cars!

While still in dry Kuwait, we stop at a post by Pepsi-Guy who posts a photograph of alcoholic beverages which are officially banned in his country under the title: Alcohol Legal in Kuwait! Needless to say, it was a cruel April Fool's Day joke!

Our last stop this week is in Bahrain, where blogger Mahmood Al Yousif has made it a habit to post a photograph from his garden every Friday. A complete listing of his Friday photographs can be found here.