Arabisc: A Pictorial Tour of the Middle East 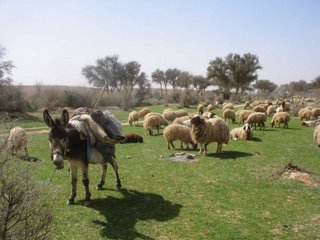 When I first saw these pictures. I thought to myself sheep = New Zealand.

How wrong was I! A closer look will show you that the donkey was familiar, the grass not that green and palm trees in the background. It was closer to home than I thought.

We kick off our pictorial tour of the Middle East with a trip to the Saudi Arabian capital Riyadh, during which Saudi-based blogger SaudiCacher and his cousins introduce us to some of the scenery, traditions and flora and fauna of the desert and valleys they cover.

“At around 8:30 we drove along the wadi. Ash Shawki is one of the main wadis that flows in the Tenhat at the base of the Dhana dunes. The trip was unforgettable as we pass by hundreds of sheep and camels grazing through the fertile valley. Occasionally we make stops to examine the landscape or check out some exotic plant. AbuTalal was keen to locate naturally grown mushroom or faga (Arabic word for mushroom), known to grow sporadically after the rainy season but cousin Hamad and I were eager to locate good hiding place for a cache,” he writes.

In addition to collecting mushrooms, the adventurers were also in for a treat, before the start of one of their drives.

“We stopped to take some pictures while my cousin AbuTalal collected some flowers of which he will later make herbal tea. We then continued to Wadi Ash Shawki and spent the night on its bank. Dinner was served around the camp fire at around 9:30 p.m. We woke up before sunset and prepared our breakfast .. Arabic coffee and dates. Herbal tea was prepared by AbuTalal from the flowers he collected earlier,” explains the blogger. 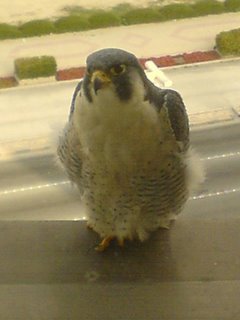 From Saudi Arabia, we hop to nearby Bahrain, where blogger Bahraini Rants enchants us with a meeting he has with an unexpected visitor at work.

“Sometimes i get blue.. when that happens, i find this guy hanging around on the ledge outside my window at work… he comes over, pauses and gives me a look “khey man, everything cool? you look a little down, you look like you could use some cheering up”. He's a Barbary falcon (a subspecies of the Peregrine), flies through Bahrain when the weather's nice, and is missing a talon – i call him rex. if you haven't noticed, rex is a total camera whore..,” says Bahraini Rants.

Not bad, considering that other bloggers have to put up with this view outside their windows everyday!

While still on the topic of animals, we make a stop in Egypt, where blogger Maryanne Stroud Gabbani writes about life on her farm.

“The evening of March 8, one of a neighbour's grooms stopped by to give us the sad news that the stallion who had sired Diva's foal had died that evening just as one of my grooms was setting out to check the horses. I got an almost unintelligible phone call to say that Diva had given birth in the paddock,” she writes.

Making sure that the dogs were securely stuck inside the house garden so that they couldn't run amok and terrify the new mother, I dashed outside with a flashlight. There in the middle paddock stood Diva over her soaking wet daughter. We gathered the baby up and walked the mare to the box at the end of the row of paddocks where clean dry straw was waiting. We carefully laid the filly on the straw and watched Diva as she nuzzled and cleaned the little creature. As we rubbed her with straw to dry her and stimulate circulation she began to struggle to stand. Organising four long legs under a tiny body isn't easy at all.

To create a buffer zone between the animal kingdom, we stop in Jordan where Samir R posts a picture of sun rays trying to break through thick clouds. 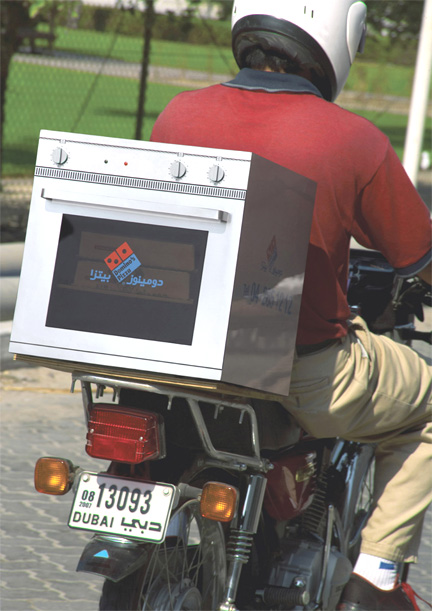 From Jordan, we move to Dubai, where AdBlog Arabia keeps us abreast of how pizza arrives warm at our doorsteps!

Not a bad idea indeed!

While the inhabitants of Dubai are enjoying pizza straight out of the oven, Lebanese blogger Mazen Kerbaj keeps us entertained with paintings he is compiling in his art blog here.

Our last stop is at the Angry Arab News Service, where Lebanese As'ad Abu Khalil posts this hilarious photograph from Egypt.