There seems to be no stopping drug frenzy once it takes hold of a nation. Drishtipat Group Blog tells how Yabba, a speed/amphetamine derivative from Thailand is taking on Bangladesh. It started a few years ago as experiments of the upper class. It has penetrated deeply into the working class of Dhaka city and causing devastating effects among the youths.

Captain Chaos discusses the state of sex education in Bangladesh and comments:

if orthodox Bengalis delude themselves into thinking that just because they don’t mention sex to their kids which is why their kids are not doing it, they are living in a dream world. 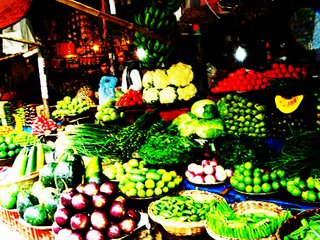 There is a fear among Bangladeshis following the announcement of the Emergency Powers Rules on 25th of January 2007 which restricts any publication or transmission of any anti-government news, editorial, post editorial, article, feature, cartoon, talk show or discussion in print or electronic media and any mass media, including the internet and set penalties of up to five years in prison for violations. The front page of the Bangla blogging platform ‘Bandh Bhanger Awaaj’ was brought down for 12 hours on Thursday night in a self censorship by the provider causing rage among many bloggers. However the blog has come back online with moderation of restricted contents as per law. Some bloggers opened blogs in blogspot using Bangla language in protest and some vowed to continue with constructive criticism of the government despite the restrictions. The Committee to protect the journalists has criticized the Bangladesh Government's move. However in an interaction with the press, the government adviser said that this is only a stop gap arrangement to stabilize the law and order situation and the order was not promulgated with the intention of curtailing press freedom.

Ihtisham Kabir of Back to Bangladesh describes the passion of Bangladeshis for Borois (a fruit) only available in the winter season.

Mikey Leung of Blogging from Bangladesh points to a fascinating article from the CNN Traveller Magazine titled ‘Man-Eating Tigers of Bangladesh’.