I tried this delicious recipe at María Ángeles’ house, and though I am not a fanatic of the chocolate, trust me those who are like me, the chocolate in this sauce tastes really delicious: it is not a sweet dish but a second authentic dish with a very different and exotic flavour.
The chocolate stimulates the production of serotonine in our brain and produces a sedative and quiet sensation when eating it up, so I am sure that you are going to like it. Besides it, it is an ideal recipe to prepare a romantic dinner.Get the recipe now!

#2: From CookingDiva: a recipe to prepare Smoked Ostrich Carpaccio from Uruguay and Etchart Cafayate Cabernet Sauvignon (2004) from Argentina. Scrumptious!

#3: From CookSister in London: Cocina Mexicana for London Food Bloggers and friends .

But there is another way to get good, authentic Mexican food in London:  you simply invite three enthusiastic cooks who respectively
grew up in Mexico; had a Mexican parent; or lived there for a while – and get them to cook for you!  And that's exactly the idea Johanna and
I hit upon recently for a London food blogger event.  Johanna spent a year in Mexico as an exchange student when she was younger.  Xochitl was born in Tijuana and grew up in a Mexican home in the USA.  And my dear friend Iliana is a 100% no-artificial-additives-or-preservatives Mexican girl.   So who better to lead an afternoon of Mexican cooking and an evening of Mexican feasting? Read the complete post and get the recipes now…

#4: From The Pilgrim's Pots and Pans:  Avocado Frost from the Philippines!

Filipino cuisine has always been thought of as intrinsically a fusion of many influences both from the East and the West. Mind you, this is
not the fusion of deliberately combining seemingly disparate ingredients but the natural co-mingling of cultures that have crossed paths through the centuries. Due to this confluence, a lot of indigenisation has taken place and there are a lot of things we take for granted. Read more…

You can change up the amount and type of spices in this recipe to suit your own taste. If you have pumpkin pie spice on hand, you can just use
that to replace all of the other spices. If you want to experiment with the spices but don’t like the idea of tasting the batter with raw egg,
blend together everything except the egg and keep adding spices and tasting until you get the flavor you want. Then add the egg and continue with the recipe. Get cooking…

#6: From Venezuela, El Amor por la Cocina shows off a video of how to prepare Tropical Araku, a drink made with Rhum Orange and Araku wich is a coffee liqueur. Extra tasty and exotic to the core!

#7: From Venezuela, Chef Ines Peña shares her impressions on Cuisine from the Amazon, presented by Chef Nelson Mendez in the SIG, and international gastronomic event that took place last week in Caracas Venezuela. Her post has an incredible pictorial review of the many edible insects that are traditionally eaten in this part of the world. If you have ever wondered what is the right way to cook tarantulas, we have found a report that will leave you speechless! Buen apetito!

#8: From Mexico, Yucatan Living  writes about a national cultural event: The day of the dead.

If past experience serves us, many of these altars will be inside just-built Mayan huts of sticks and palapa roofs. The altars will be set not only with the well-known sugar skulls and other candies that you can buy at the local mercado, but many religious objects, photographs and favorite drinks and foods of the dearly departed. They will also feature mucbil pollo, the Mayan dish that is especially prepared and eaten during this holiday, wrapped in a napkin. Read the complete post... 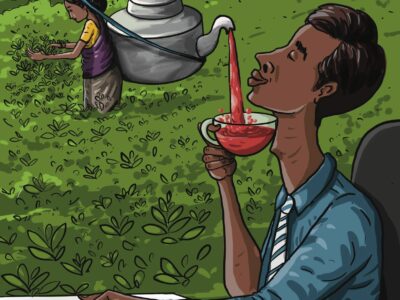 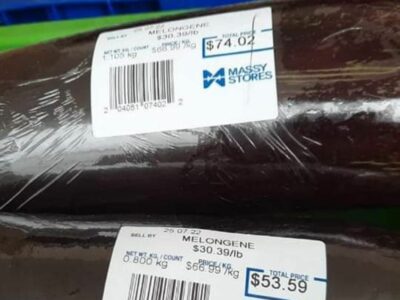