Across West Africa this week

We start this week's blog round-up with Under the Acacias who blogs: Osama bin Laden in Burkina Faso

The face of Osama bin Laden glared down at me from his camel, a kalashnikov gun in his hand.

Fortunately, he was only on the front of a t-shirt of a young boy, who was standing listening as I chatted at Gorom-Gorom market with some friends. Bin Laden is not physically in Burkina Faso, of course – in spite of the occasional local rumour he was hiding out it Deou, a remote market town north of Gorom-Gorom. However, t-shirts with his face are widespread – although not as widely seen now as in 2002. But what does this mean – does he really have so much support here?

The Trials & Tribulations of a Freshly-Arrived Denizen…of Ghana is concerned about the spate of drug trafficking in Ghana and the West African sub-region: As the Week Draws to a Close in Accra: Thoughts on an ECOWAS Regional Police Organisation (FBI?), and Combatting the Narcotics Menace

The week opened with drugs on my mind: a popular musician, Daassebre, who had been caught with two kilograms of cocaine in the UK. It prompted a radio discussion on Tuesday as to why so many Ghanaians want to defy the risk of carrying narcotics into European soil.

Cameroonian blog Scribbles from the Den asks: Blogging among Africans: Is a Revolution Really at Hand? For next few days, we will take a look how Africans at home and in the Diaspora are harnessing the Internet (particularly the power of weblogs) to build vibrant cyber-communities, provide alternative analyses of events in the continent, challenge oppressive national regimes, and express personal views on a variety of issues.

On the political front in Cameroon, George Ngwane declares that: There is a loss of faith in the Party System in Cameroon

Why is it important for Independents to run for elections?
The participation of Independent candidates in every election translates into political reality the repossession of popular sovereignty and democratic legitimacy by all the citizens. Party formation is founded on the will of a section of the people prepared ostensibly to articulate the people’s interest by electoral then representative democracy. But above all, democracy is rooted in the concept of choices and options. Independent candidacy is one of those options that expands democratic space, that focuses on individual merit, that addresses issues specific to the electorate and that provides an opportunity for the young men and women to actively participate in politics.

Home of the mandinmories analyses the editorial of a Gambian newspaper about the emigration of African youths into Europe: Home sweet home.

The point newspaper decry the extremes young Africans take to make it to the shores of Europe in this editorial:

There is a lot of debate these days about African immigrants trying to enter Europe through what many call “the back way.” Like many African countries, The Gambia has lost many of her citizens, mainly the youths, on the dangerous seas between Spain and Morocco and despite the recurrent and grievous nature of the loss of lives, many are still willing to brave the precarious conditions to enter Europe which Africans youths have for decades looked forward to as a greener pasture. Alas, how sorrowful, considering the price the adventure is costing many a hope-starved African youth! 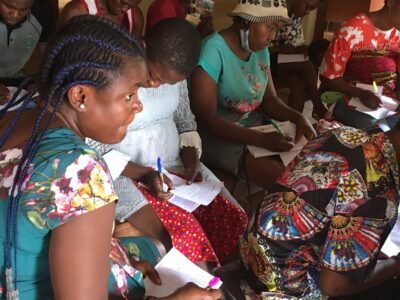