The hottest topic this week on the Jordanian blogosphere is regarding the lack of political blogs on portal Jordan Planet. Firas of IHeartAmman claims that “You know something is wrong when bloggers are neglecting local political issues“. Natasha Tynes reciprocates saying “I believe the main reason is the fact that when growing up, we were never encouraged to speak up and express our opinions.” Lina Ejeilat, on the other hand, says that “we learnt that there isn’t much we can do to change it… so why bother?” while Roba Assi believes that the fact that there were “no real Arabic blogging softwares online greatly contributed to the social segmentation of Jordan bloggers.” She then points out to the first Arabic blogging service provided by Al-Bawaba and Ammar Ibrahim invites everyone to test drive it.

Nasim Tarawneh is wondering if Jordan Planet is becoming overpopulated and Firas of IHeartAmman proposes a starting an article about Jordan Planet on Wikipedia. In the meantime, Jad Madi is fascinated by the power of blogging as he relates the reaction to a post he wrote earlier, and Khalaf of “What's Up, Jordan?” has an interesting post on freedom of speech in Jordan. Haitham Sabbah posts about an attack on Jordanian daily newspaper Al-Anbat then says that this is worrying and hopes that ” we are not facing a new form of individual or organized suppression of freedom of expression and media freedom in Jordan. Khalaf also writes about the upcoming 10 year National Agenda and describes that there is “apathy even before the first vote is cast”.

Ahmad Humeid ponders about whether Email is dead. Shaden of Sugar Cubes and Haitham Sabbah are meanwhile upset with what they describe as the low level of moral that some Arab artists are performing and promoting.

On a more physical front, Wael Attili has a sad image and says that he could not think of a comment about it, and Roba Assi expresses her frustration at the street naming situation in Amman. Naseem Tarawneh ponders the cost of the holy month of Ramadan and describes it as a sign of massive hypocrisy, he also reports that “Jordan has overtaken Palestine as the most competitive Arab cellular market.” 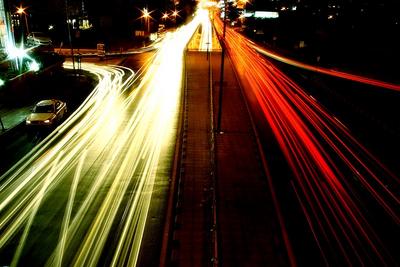 As for upcoming local events, Ahmad Humeid of 360 East draws attention to Linotype's Arabic Type Design Contest, Ammar Ibrahim mentions that rocker Akram Baker from Ramallah is performing in Amman on the 3rd, and the monthly Jordan Planet blogger meet-up for October will be held on the 2nd. Firas of IHeartAmman mentions that the “Great Amman Municipality has announced that by mid 2006, they will distribute about 4000 recycling containers all over greater Amman.”