The Helsinki Conference 2005: From Words to Action

I recently attended the Helsinki Conference 2005 in Helsinki, Finland (Sept. 7-9). The conference was a follow-up to the Helsinki Process on Globalization and Democracy initiated by the governments of Tanzania and Finland in 2002 to create a multi-stakeholder approach to solving world’s problems and build a lasting partnership between the North and South.

The main rationale behind the Helsinki Process is that since globalization is a cross-border phenomenon, it requires effective cross-border governance made up of different stakeholders such as civil society organizations, the media, trade unions, governments, religious institutions, academic institutions, private sector, and international organizations.

The first conference in 2002 took place under the theme: Searching for Global Partnerships. It focused on human rights. The conference this year was the second to be followed by the third in 2007 in Tanzania. This year’s conference was entitled: “Mobilizing Political Will” and focused on development. Over 600 participants from 70 countries discussed how to move the multi-stakeholder dialogue into concrete action.

I attended the conference through partnership between the Helsinki Secretariat and the Global Voices Project. One of the main sessions that I was expected to actively participate was the workshop on communication, media, and citizenship organized by the Inter Press Service (IPS). Unfortunately, I arrived in Helsinki the day of the workshop. By the time I checked in my hotel and left for Finlandia Hall with my friend Vkii, the editor of the Malaysian online paper, Malaysiakini, the workshop was over.

One of the issues that were intensely discussed in the workshop was the power and the effectiveness of alternative media. Participants concluded that alternative media has the potential of amplifying marginalized voices and empower ordinary citizens. The evidence of the power of alternative media, they pointed out, was seen during the London bombing, Genoa G8 conference, and the 2004 Republican Party convention.

During the workshop, Naeem Mohaiemen, a visual artist, digital-media activist, and filmmaker, pointed out that Muslim voices and issues such as Muslim migration to the North were not given priority in the conference. Later, in an email conversation, I asked him why he did not refer to the lack of presence of other religions in the Helsinki Conference. He replied:

It is obvious that there are very specific global issues that affect the Muslim community, i.e. active US involvement in crises in Muslim majority nations (Iraq, Palestine, Saudi Arabia, etc.), Muslim immigrants to North America and Europe, and post 9/11 racial profiling, detention, and deportation of Muslim immigrants.So it is a uniquely Muslim crisis, and not shared by other religious communities…

Naeem, who is based in Dhaka (Bangladesh) and New York (US), edits Shobak.org and is the Director of the documentary Muslim or Heretics. After September 11, he collaborated with other artists to create Disappeared in America, a film, lecture, and multimedia installation about the plight of Muslims in the US.

Blogging the Helsinki Conference as it was happening was not easy because there were many interesting sessions going on simultaneously and lots of interesting people to meet and interview. In addition, most of the time, due to the intensity of the discussions, I felt like simply sitting and listening. There were roundtables and seminars on poverty, gender equality, anti-corruption, health, small arms, governance, and human rights.

The President of Tanzania, Benjamin Mkapa, and his Finish counterpart, Tarja Halonen spoke at the conference on the second day. They both called for more action in mobilizing political will to build a fair world. Quoting the Finnish writer Zakarias Topelius who once wrote, “Nations need each other, for if each had everything he wanted, no one would seek out others, but each would live and work just for himself,” Mkapa said that cooperation is the best way to promote development and human security. Stressing the importance of the multi-stakeholder approach, Halonen said that this particular approach is effective because it offers a bridge across different opinions.

Throughout the conference, I had a distinct sense of déjà vu. I guess I have attended too many conferences and workshops on the subject of building a fair world. I had to ask the former President of Ireland and the Director of Ethical Globalization Initiative, Mary Robinson, if the world needed another initiative to tackle poverty. Robinson’s responded by saying that the Helsinki Process does not seek to create a new global institution or draft more reports. “We simply want to move the world into action.”

Concrete action rather than words, policy papers, or promises is the main spirit of the Helsinki Process. According to the Finish foreign minister, Errik Tuomioja, the Helsinki Process is a networking forum. I have to admit that the “multi-stakeholder” approach to addressing world’s problems is highly appealing. But how practical and effective the approach can be in solving real world problems outside the Finlandia Hall is something we have to wait and see.

The countries that are involved in the initiative at the moment have committed themselves to action. The countries, known as the Friends of Helsinki, include South Africa, Egypt, Hungary, Canada, Malaysia, Thailand, Mexico, Brazil, Algeria, and Spain. You may notice that the world’s powerful nation, USA, is not part of the Helsinki Process. There were many indirect references to the US in different sessions until when the President of the Brookings Institution, Strobe Talbott, decided to say something about it. “There has been a veiled reference to one country in this conference…my own.”

Most of the people I spoke with thought that the US was too arrogant to engage in a multilateral process initiated by “insignificant” countries such as Tanzania and Finland. Well, according to Talbott, the US has been experimenting with unilateralism that is why it is not one of the Friends of the Helsinki Process. He asked those involved with the Helsinki Process to strive to make the process as inviting as possible for the US.

One of the issues of that was of great concern to conference participants from Africa was corruption. Rudolph Amega-Etego, the Executive Director of the Foundation for Grassroots Initiatives in Africa, wanted to know why Western governments preach accountability and good governance to African countries while at the same time, they let their banks keep million of dollars stolen by corrupt African leaders. Other participants talked about western corporations that “buy” African governments.

I was able to speak with Birgit Errath, the Associate Expert with Global Compact, a UN initiative promoting voluntary corporate social responsibility, about corruption in Africa. She is optimistic that future Mobutus and Abachas of Africa will not be able to hide money in foreign banks. “Banks are forced to be more transparent because of funding of terrorists.” She believes that in the future it will be possible to prevent corrupt leaders from participating in the global financial system.

Global Compact works with corporations to help them become more responsible in four key areas: labor, human rights, environment, and anti-corruption. Currently, there are 120 companies in Africa working with Global Compact and a new regional center has been established in Pretoria, South Africa.

The conference ended with a strong commitment from participants to a multi-stakeholder cooperation. The next conference will take place in Tanzania in 2007 to asses the progress of the initiative.

While the conference was taking place, I was able to conduct an informal workshop on blogging to journalists and NGO activists from Africa. The leading photojournalist from Tanzania, Muhiddin Issa Michuzi, started blogging at Finlandia Hall the day I told him about blogging. Michuzi works with the Daily News in Dar Es Salaam. Another journalist working for the government paper and a university student will start blogging very soon.

I was looking forward to meeting, and possibly interview, two Tanzania’s presidential candidates, the Minister for Foreign Affairs, Jakaya Kikwete, who co-host the conference with his Finish counterpart, Errik Tuomioja. Kikwete, and the opposition candidate, Prof. Ibrahim Lipumba did not attend the conference because of their tight campaign schedule.Tanzania’s presidential and parliamentary elections are taking place next month.

On the last day of the conference, most of the participants attended a concert organized by Finnish civil society organizations. My Finnish friends told that we were going to see big names in Finnish music scene and that the 5 euro we were going to pay was nothing. Up to that day, I could not name a single Finnish musician. Actually, I decided to go because the venue was not far from where I was staying. To be honest, I was not expecting much.

Before the person everybody was waiting for, well, one of them, the chairwoman of the Tanzania Association of Non-Governmental Associations, Marie Shaba, managed to convince all Tanzanians in the audience to go up the stage to sing.

“We have to sing.” She insisted after some of us talked about our non-existent singing abilities.

After an African elder says those words what do you do?We had to go up the stage. We sang the famous Kiswahili song, Malaika. Malaika is the Kiswahili song from East Africa made famous by Miriam Makeba and Angelique Kidjo. We then led the audience to sing the chorus to Bob Marley’s Get Up, Stand Up.

Then Kimmo Pohjonen came on stage holding an accordion. I am not into accordion music. I did not understand why everybody was so anxious to see him. Everybody moved closer. The whole place was quiet. After about 5 minutes, I realized that I was watching one of the best musical performances of my life. It was amazingly intense and full pure energy. Kimmo combines light effects, chants, body movements, tapping, and slapping to create a sort of a spiritual experience. He uses a sampler to create creative loops and soundscapes. He records himself chanting, whistling, slapping, etc., and plays them back to accompany his accordion.

Marie Shaba, who lives in the coastal town of Bagamoyo told me that the performance reminded her of a communal dance in her town that usually takes people into trance. What she did not know, I later learned from Kimmo, was that he attended the Bagamoyo College of the Arts where he learnt a lot from the local culture. His teacher and inspiration was the late Tanzanian musician Hukwe Zawose.

Ismo Alanko, the leading Finnish rock singer and guitarist, performed much later. Towards the end of his performance, Kimmo joined him. Watching these two musicians perform, I realized the disadvantages of having one nation (USA) controlling the world’s entertainment industry. When will the world know of Kimmo Pohjonen? Or Hukwe Zawose?

A few minutes after 3am, when Vkii of Malaysiakini was busy dancing and smoking next to the “No Smoking” sign, I met Sami Hokkanen. Sami is one of the coolest person in Helsinki. Sami is the managing director of Provisual Oy, a production company in Helsinki that delivers content in various technologies such as mobile devices, DVD, and the Internet. Sami, who gave me a quick tour of Helsinki, is behind the project, Pixoff.net, which shows Finnish short films and animation online for free.

Sami told me about the exhibition of Yann Arthus-Bertrand’s photos. I had to go see it before I left. I did not regret. The exhibition entitled Earth from Above is also on the web.

In the Ural regions of Russia, Finland's linguistic roots live on 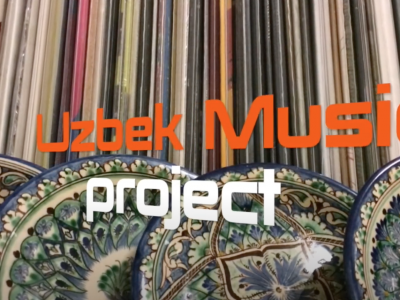 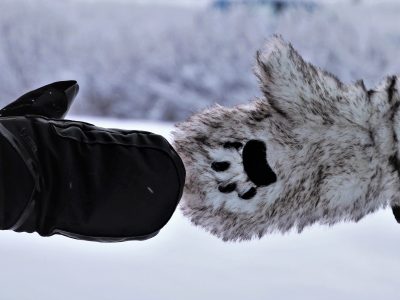