Hok KaKada, age 21, is one of six software engineers working on the Khmer OpenSource Software Project and the only woman. “Da” was born in Phnom Penh, the capital city of Cambodia. She has worked on the project since August, 2004.

The Khmer OS Project is customizing OpenSource software programs so they run in Khmer language, including soon to be released blogging software. That means learning English is no longer a barrier to learning how to use a computer in Cambodia. The project involves not only a huge amount of coding work, but translation too, over 30,000 strings. Not just the English to Khmer words, but also developing culturally appropriate images and computer terms. Take for example renaming FireFox as Mekhala, replacing the Firefox logo with a culturally appropriate image of the Khmer goddess bringing light to the world.

I started to fall in love with IT when I was in grade 9 when I first saw a computer. I knew nothing about computers, but I found them amazing and magical. I decided to pursue Computer Science and Engineering degree at University.

Cambodia is one the poorest countries in the world. So, the use of computer is not common and IT training at University level is fairly new. Today, Internet access costs about US $1 per hour in places like Phnom Penh or Siem Reap and while it is much less expensive compared to a few years ago (US$5 per hour), that’s still a lot of money for Cambodians.

2. What is your job on the Khmer OS team?

I have been working with a team of OS Engineers translating, tracking, and updating the software. It is now running on OpenOffice.org 1.9.121. We are now also preparing Training for student and for trainer.

3. Are there many female software engineers in Cambodia?

There are 6 OS Engineers, and I am the only woman. There are 4 Master Teacher Trainers, but only one woman too. There are more man than woman working in the IT field in Cambodia. My first year at school, there were only two woman in my class among 45-50 students.

4. What are your hopes for the Khmer OS Software project?

KhmerOS is working smoothly and gaining interest from Cambodian users. With the help of NiDA, we hope to spread Khmer Software throughout Cambodia.

KhmerOS team will do their best to help Cambodian people spend less time (and money) on sitting in front to Computer, because interface will be in Khmer Language, not a foreign language.

6. Can you tell more about the Khmer language software for blogs being developed?

We are localizing the Drupal FOSS contents management system, which includes a blogging system. We will probably have it available on the second week of September. (Note: Tharum writes about the potential impact)

7. Do think it is important for Cambodian people to blog?

Because Cambodia is a county in which communication does not exist. 30 years of war have a left a country without trust. Identity, ethics and morals are not part of everyday life, and the only method that might bring these values back create is communication among the youth: learning how to be informed, how to debate, how to create their own values. In this context, a well guided blogging project can be a bridge between many organizations working for similar goals, as well as for publishing and understanding different points of view, and therefore advancing towards democracy.

For a good summary of the project with links, see Jinja's post. 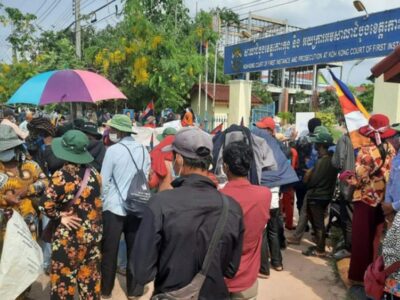 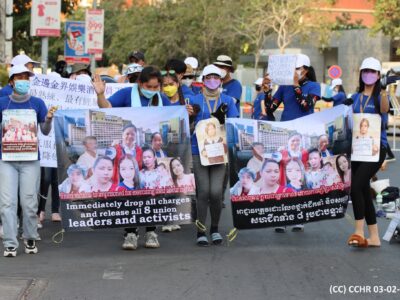 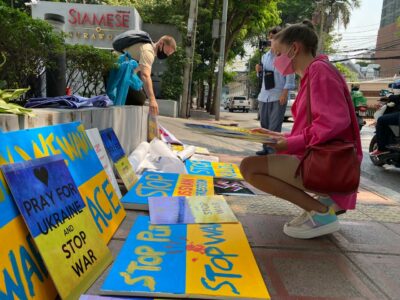